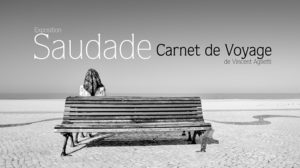 Its a walk to a place where occasionally time stands still. The light changes incessantly, giving each place and moment a new meaning.

In this background flooded by light, the characters appear , offering anyone who waits long enough the feeling of going back in time. This feeling can’t be translated in French but in Portugeese the feeling is known as ‘ Saudade’

Its a gallery of everyday scenes and portraits each more timeless than the one before. The grape harvesters, the dockers, not to forget the pilgrims. its sometimes difficult to situate them as they might be people from another era!

These photos are in black and white, and people might wonder when they were taken . However they are an actuality.